Perfect for the Home or Workplace

Enjoy warmth at home or in the office with the Ionmax Ray. As it doesn't circulate or product warm / hot air, the Ionmax Ray will not dry out indoor air or cause common uncomfortable issues during the cold or winter season. The Ionmax Ray FIR heater warms your body up instantly, not the air. 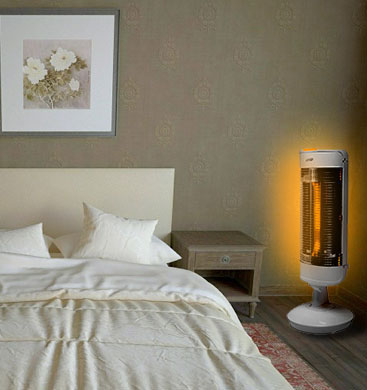 Wake up every winter morning feeling warm and refreshed. No more dry skin, eyes, nose and throat, and no more cracked lips from the dry, hot air the traditional heaters product. 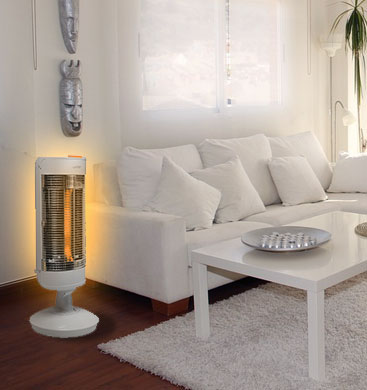 IN THE LIVING ROOM

Feel warm faster in your home, especially in larger living areas. No need to wait for the entire space to get warm. Plus, you'll avoid drying out your plants from dry air! 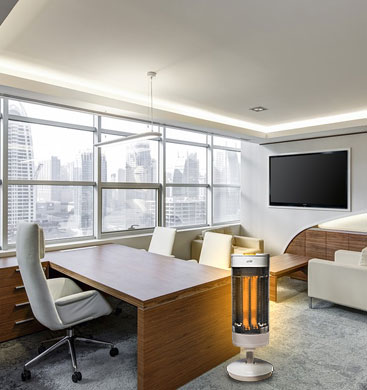 Your own personal heater that warms you up, not the entire office. Saves energy, fast heating, and easy to control to your own liking. 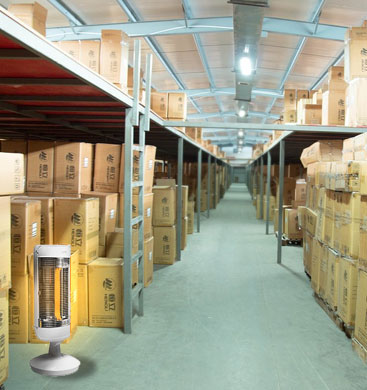 IN THE WAREHOUSE / GARAGE / SHED

The Ray FIR heater warms you up instantly in large, cold spaces where traditional heaters would take hours (and a lot of energy) to warm up the air. 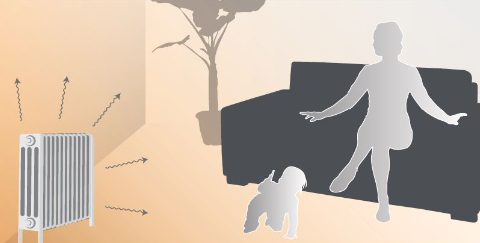 Traditional heaters heat up the whole room and take longer to warm you up. 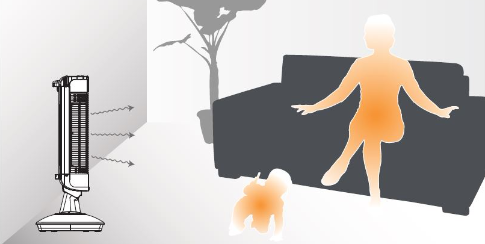 The Ionmax Ray FIR heater warms you up, not the room.

As the cold weather moves in, humidity levels naturally drop. That’s because cold air can’t hold as much moisture as warm air. However, dry winter air combined with the use of a traditional heater that produces warm air can cause indoor humidity levels to drop substantially to unhealthy levels. With this humidity imbalance come a number of potential problems that can affect your health, your home and especially your comfort.

Dry air can pull moisture from indoor plants and wooden structures and furniture in the home, causing creaky hardwood floors, walls and door jamb shifts, and damage to musical instruments and wooden furniture.

Low humidity and warm air contribute to dry skin, dry eyes, cracked lips, and other breathing problems. It's also easier to get sick when nasal passages are dried out as they're less able to filter out bacteria and viruses.

Check out the comparison graph below to see operating costs!

Traditional heaters that produce warm air can kick up clouds of allergens such as dust and pollen into the air.

Low indoor humidity builds up static electricity around the home e.g. blankets and clothes sticking together, and electric shocks when touching doorknobs or metal surfaces. Ouch!

WHAT IS INFRARED HEAT?

Infrared is an invisible radiant energy;
electromagnetic radiation with longer wavelengths than those of visible light.

A great example of infrared heat is the Sun - the ultimate infrared heater. The Sun generates infrared heat through the combustion of gases, and this infrared energy passes heat directly through space to warm the surface of the earth. So even on a cold day, objects and people are warmed by the heat radiated by the sun even though the surrounding air may be cold.

In summer, walls, floors, and objects in the room warm up and emit FIR waves that your body feels as heat. In winter, the same objects tend to be much cooler and therefore emit much less FIR radiation, so your body feels colder even though the air temperature is the same.

This can translate into energy savings as it is possible to feel warm at lower room temperatures, reducing the load on area or whole home heaters (ducted).

Since the Ionmax Ray produces FIR radiation, not warm air, it is even possible to get these benefits in rooms with large ceilings or with drafts that otherwise make using standard room heaters ineffective or too costly to operate. 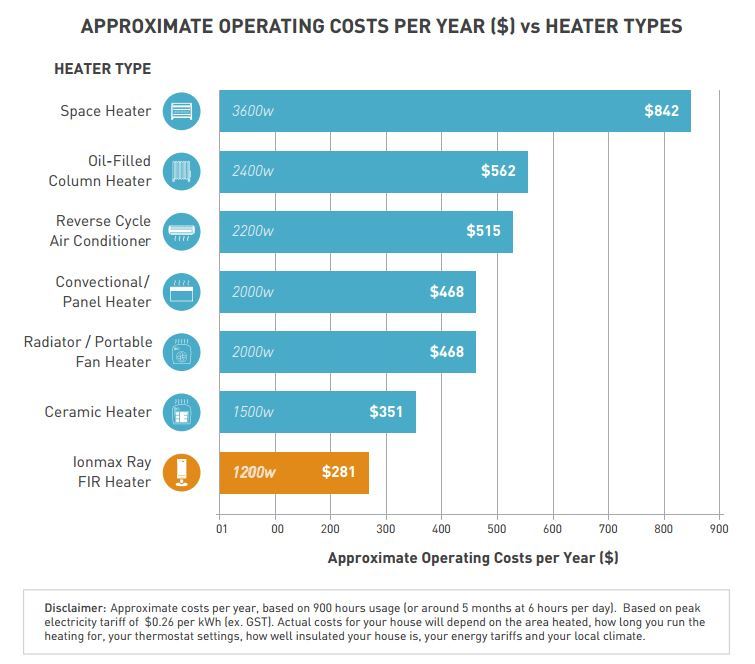 The latest in heating technology

The latest in heating technology, far infrared ( FIR ) heating offers efficient direct heating that warms you up, not the air.

Timer up to 9 hours

Automatically switches off after 10 hours as a safety precaution 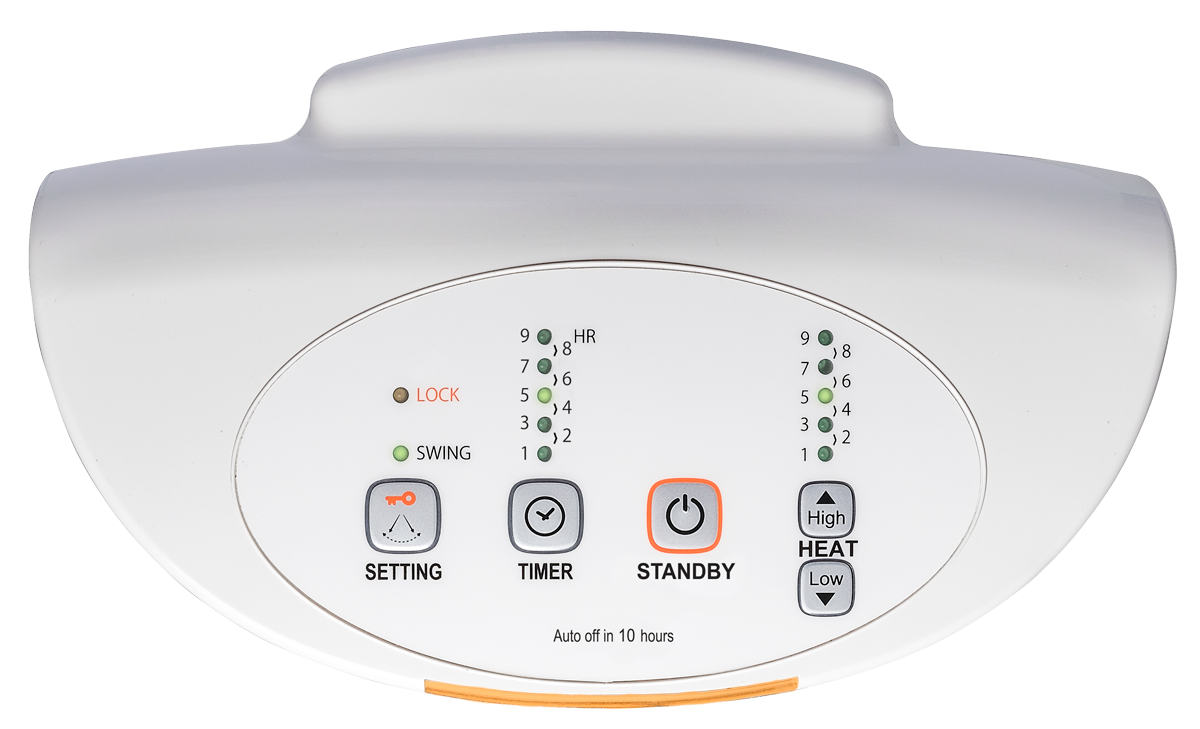 Adjust the heater settings to your liking, with a timer for up to 9 hours, and 9 levels of heat intensity.

Target any area or direction in a room with the Ionmax Ray's versatile tilting adjustments. 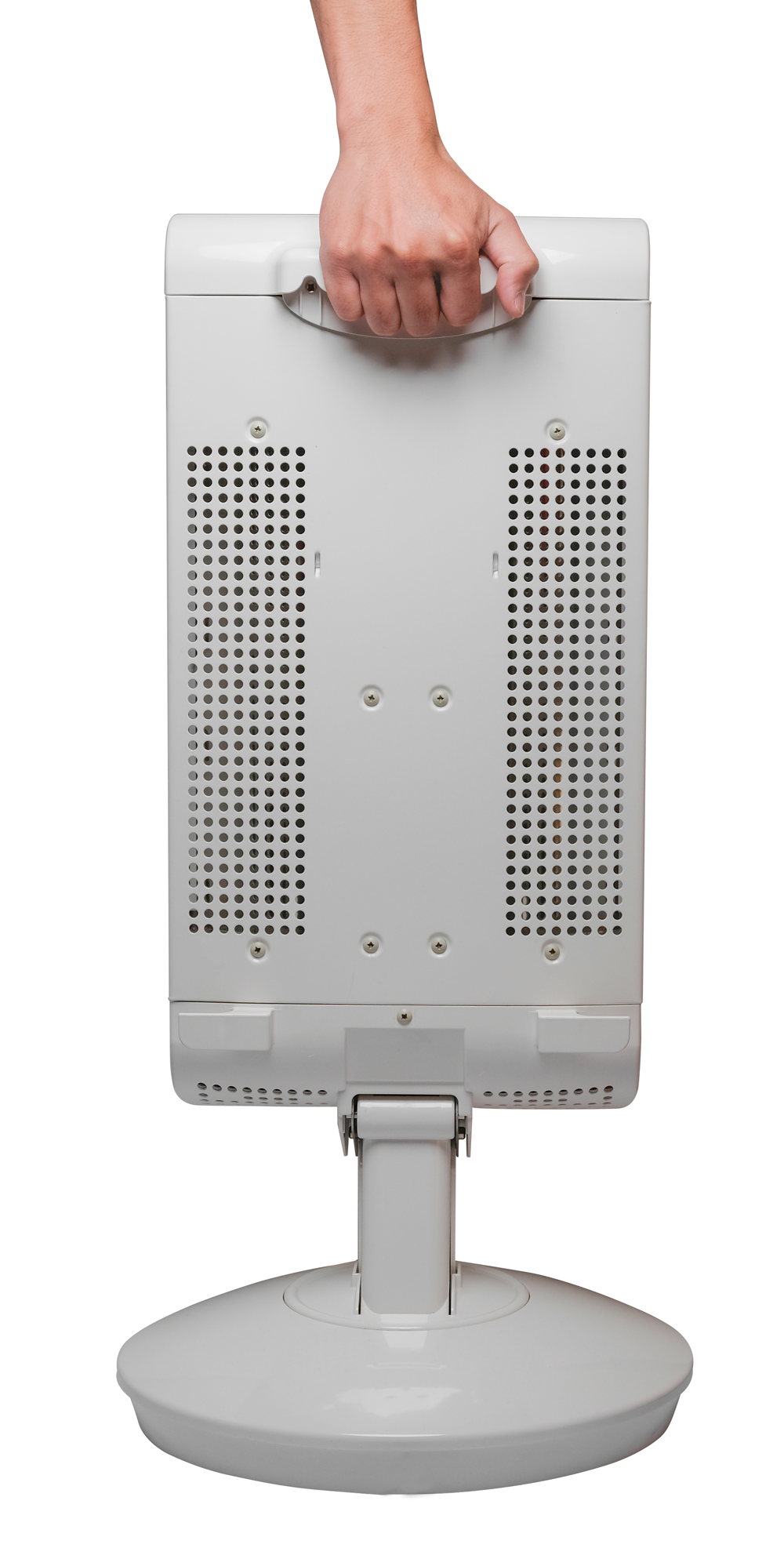 Thoughtfully designed to make operating the heater easier, with a top handle for lifting and moving the heater, and to make adjustments to the heater's tilt angle. Power cord holders allow you to set the unit aside safely when not in use.

Innovative FIR technology warms you up, not the air

SUITS ROOMS OF ALL SIZES